Home » Articles & News » Girl’s what will you do with your degree? 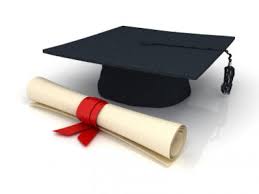 Girl’s what will you do with your degree?

It surprised us to read, that after completing a degree so few graduates consider a career in

academia.  We thought that being a “perpetual” student would appeal to much more people.  What’s more we also learnt that only 12% of third year female PhD students would even consider a career in academia.

According to www.prospcets.ac.uk the work of an academic typically combines research, teaching, administrative and leadership responsibilities.  Most academic posts include duties such as making applications for funding, attending conferences, building collaborations with other institutions and taking part in knowledge transfer activities with business and industry.

Searching and applying for funding for research projects is also high up the list.  Salaries whilst depending on the role and the institute will range from anything between £27,000 to £55,000 per year. We didn’t think that was a bad earner; however the posts are higher than the number of applicants.

more concerns that females actually find it difficult to work in this area. Apparently females see academic careers as all-consuming, solitary and as unnecessarily competitive. Adding to that, female are also more likely to be told that they will encounter problems within the sector simply because they are female! Andrew Millar MP said: that it is “astonishing that woman are still under-represented in academia” and that “universities should pull their socks up”

President at a Boston College, Helen Drinan said on the matter that, “I believe to this day that standing up against this behaviour” that continuing to working very hard, helped her  to ascend into leadership positions. “In the end, clear goals education, experience and confidence will move the ranks of talented and motivated female to great heights.”

It is a fact that there are fewer females than males in the world of academia, with the recent report stating that only 12% of PhD female students pursuing a career compared to 21% of male. Looking ahead this shows how the academic world is being put at risk, as its survival is limited to the quality and diversity of the recruitment pool.

So, good news for those of you with a passion for education, your subject and a drive to succeed; Academic Careers offer real possibility.

Are you female and work in academia? Get in touch and share your career story!