by Jack Welch, YEUK Youth Ambassador of the Year 2015

Jack shares his experiences of, and what he has gained from volunteering as part of #volunteersweek

The volunteer bug, which is a term sometimes bandied around, is a real phenomenon. Having supported YEUK as a Young Ambassador since April 2014, I might be what is described as part of the furniture these days. For much longer than that though, I have actively supported a variety of causes in relation to young people and being part of that youth voice, which YEUK itself actively champions. For over six years now, I have represented on a wide spectrum of familiar names in the charity sector, including vInspired, National Children’s Bureau and, more recently, Scope. In that time, I have experienced the excitement of going to Parliament on numerous occasions, flown abroad to take part in new projects and spoken on stages which I would have never considered only a few years back now.

As winner of the Ambassador of the Year award back in 2015, I have been delighted to lend my support to YEUK in various opportunities that are promoted to us. Much of that time is spent writing articles on the most topical issues of the day, which are matters that often affect young people, on subjects like Zero Hour Contracts, unemployment figures and the current debate of the EU Referendum (which, if there are any certainties about this, younger generations will feel the impact most, whatever the outcome). Having also taken part in consultations to help develop the organisation, Ambassadors are often at the forefront of decisions in the priorities of YEUK, including the current brand image seen now!

The training weekend this May in Peterborough for Ambassadors, a first of any kind for volunteers of YEUK to meet each other all in one place, is just one example of the exciting opportunities which the organisation has grown in my time as part of it, as well as to try and organise effective community action in our regions. In volunteering, there is no feeling of compulsion or having to feel trapped in what you do – you choose the events and activities and the role you have is what you make of it. It is not simply a case of following tasks because of being instructed to, as some might feel like in jobs.

In fact, research by the Institute for Volunteering Research found that 87% of employers taking part said volunteering does make a real difference for people aged 16-25. Taking the initiative and actively supporting a cause out of your own free will is surely more appealing than just submitting an academic CV only, without any proof of real experience in the community. The #iwill campaign, which YEUK has already pledged to, is already working with employers to reinforce just how beneficial voluntary experience can be just as much as being in a paid role.

In my experience, I already found paid project opportunities because of volunteering in my area and getting the attention of organisations who were inspired by the efforts of young people. By giving a bit of time, it really can sometimes lead to a bigger pay off for you personally.

If you would like to #volunteer with us as a Youth Ambassador, please check out our Ambassador page and then get in touch. 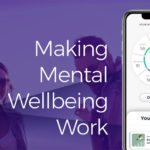 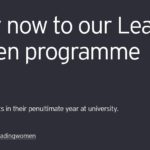 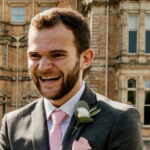 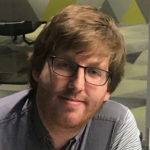