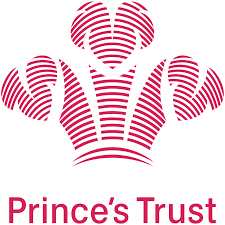 Worries about the future, money and generally ‘not being good enough’ pile up on their generation.

The Prince’s Trust Macquarie Youth Index  report, based on a survey of 2,194 respondents aged 16 to 25, found that the happiness and confidence young people feel in their emotional health have dropped to the lowest levels since the study was first commissioned in 2009.

According to the Index, which gauges young people’s wellbeing across a range of areas from working life to family relationships, the happiness young people experience in relation to their emotional health has plummeted by four points in just one year, from 61 to 57 . This is the biggest drop in any area attributed to wellbeing ever recorded by the Index, and is a score which has fallen considerably since 2010, when it stood at 70. Confidence in future emotional health is also down by two points this year, to 65 – the lowest level so far.

The report also highlights some of the factors that could be contributing to the sudden decline in relation to emotional health. It shows that almost half of young people (42%) think they put too much pressure on themselves to achieve success. Despite these concerns, more than one quarter (28%) of young people would not ask for help if they were feeling overwhelmed by something.

While young people clearly value the impact a job can have on their wellbeing, it can be difficult for many to stay resilient in a challenging job market. One in ten young people (10%) are not in employment, education or training (NEET) and more than half of this group (58%) have been NEET for six months or more. In addition to this, nine percent of all young people have lost a job during the last two years, either through redundancy, having a contract terminated or not renewed unexpectedly, or being fired.

Given that 47% of young people think they don’t cope well with setbacks in general, it is little surprise that 44% of working young people say they would struggle to stay positive if they lost their job, and – even more worryingly – a third (34%) say losing their job could put their mental health at risk.

These findings were published today in part two of The Prince’s Trust Macquarie Youth Index (pdf, 2mb). Part one was published in January and revealed that the overall wellbeing of young people in the UK is at its lowest ever level, and that the number of those who don’t feel in control of their lives has increased by more than one third, from 28% in our 2017 report to 39% in the 2018 report.

“It should ring alarm bells for us all that young people are feeling more despondent about their emotional health than ever before. It is vital that government, charities and employers across the UK invest more in developing young people’s skills and in providing opportunities for them to progress in fulfilling, sustainable careers. Underpinning this should be commitments to initiatives that promote positive mental wellbeing, such as Time to Change, that create a culture of openness and in which young people do not feel like they have to face their problems alone.Together, we can provide the practical and emotional support required to bring a generation back from the brink of futility, start a nationwide debate about their stake in society and empower all the positive contributions they can make to it” Nick Stace, UK Chief Executive, The Prince’s Trust 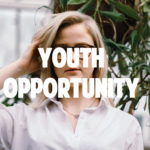 18-25? Studying/ Unemployed/ Uncertain? One-to-one. One hour a month. Your life changed One Million Mentors is here to help, connecting […]

Launch your career in customer support in the West Midlands

Are you motivated by talking to new people and customers and solving their problems in a fast-paced environment? Are you […] 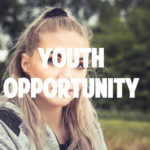 Smart Futures – get paid to have a great experience of work : West Midlands Opportunities

Smart Futures is a ten month programme which starts with paid work experience during Easter* and summer. It will give […]