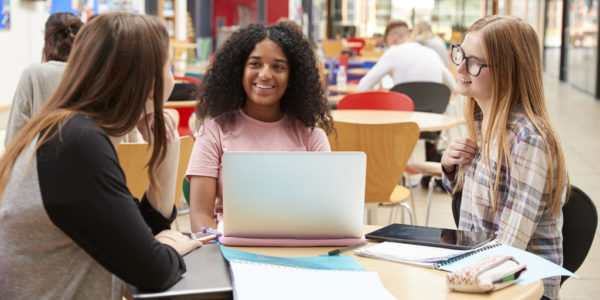 An apprenticeship is a training scheme where you get paid to learn on the job and build up experience and qualifications at the same time. There are thousands of apprenticeships in the UK. Which one is right for you?

Many young people don’t know exactly what they want to do next when they leave school. So if this is you, don’t panic – it’s really normal and you’re not alone! The options seem almost endless and overwhelming. Job? College? University? Training programme? What to do next?!

Apprenticeships have been around for many years but have taken off more and more in recent years, as more young people turn away from the traditional (and often expensive) path of school > college > university and look for more practical, job-based training instead.

Fun fact: apprenticeships in the UK have a long history. The first recorded instances of apprentices being taken on by a master craftsman or tradesman date back to around the 12th century! Of course, things have changed a bit since then…

Read on to find out if an apprenticeship is for you.

What is an apprenticeship?

An apprenticeship is a training scheme where you learn on the job. They are available in a wide range of trades and professions (more on that in a minute!) but are usually based around hands-on, practical (sometimes called “vocational”) skills. The end goal of an apprenticeship is to train you to do a specific job or trade by yourself. Apprentices earn a salary and usually have to go to college or a training centre one day a week alongside their on-the-job training.

You will have to decide which is right for you. It’s also possible to complete a lower-level apprenticeship and then go on to do a higher level course at a later date to improve your skills or gain a higher qualification.

What sort of subjects can I take?

When people think of apprenticeships, they tend to think of trades such as building and plumbing. While these are great options, they’re only a small piece of the apprenticeship puzzle! Apprenticeships are also available in business (accountancy, marketing, HR administration and more,) specific areas of engineering such as civil engineering or electrical engineering, IT, healthcare, law, media, hair and beauty, and much more. The possibilities are almost endless!

Will I get a qualification at the end of it?

Yes. All approved apprenticeship programmes in England give you a qualification upon completion. Depending on the level, this might be a Functional Skills qualification, National Vocational Qualification (NVQ,) technical certification such as a BTEC, a Higher National Certificate (HNC) or Higher National Diploma (HND,) or even the equivalent of a Bachelors degree.

How much will I earn as an apprentice?

Apprentices under the age of 19, or aged 19+ and in the first year of their apprenticeship, will earn at least the national apprentice wage of £3.90 per hour. Those aged 19 or over and in at least their second year will earn at least the National Minimum Wage (currently £6.15 for those 18-20 and £7.70 for those 21-24.) The law says that you will also be entitled to sick pay, at least 20 days holiday per year, and to any other benefits your company offers to its other employees, such as healthcare plans and childcare vouchers. You’ll work between 30 and 40 hours per week.

Who should do an apprenticeship?

An apprenticeship is ideal for someone who has a good idea of what career they want to do, and wants to train on the job to do it while earning a wage. Apprenticeships are most popular amongst school leavers, but anyone aged 16 or over can do one. If you’re seeking a career change, they could also be just the thing for you. The most important thing is that you’re really excited about your chosen job or trade, and that you have a great can-do attitude and a willingness and desire to learn.

How long does an apprenticeship take?

Will I have a job at the end of it?

In 2016/17, 92% of apprentices said that their apprenticeship had increased their job prospects! While an apprenticeship scheme does not usually guarantee you permanent employment within the company that is training you, it hugely increases your chances of securing permanent work in your chosen career. When you finish, you might apply for a job at the company where you’ve done your apprenticeship. You might also apply for work elsewhere, or even set up as self-employed or start your own business!

How can I tell if an apprenticeship scheme is legitimate?

Unfortunately, there are some unscrupulous employers out there looking to scam young people with “apprenticeships” that do not meet the legal requirements. The government is cracking down on this, but you still need to be careful!

So how do you spot a fake scheme?

At a minimum, an apprenticeship must include both on-the-job training and formal study at a college or training centre that leads to a qualification, and must pay you at least the national apprentice wage or National Minimum Wage (depending on your age and year of study.) You must also have a contract, called an Apprenticeship Agreement.

If you’re unsure, ask lots of questions, talk it over with a person you trust such as a parent or a careers guidance counsellor, or telephone the National Apprenticeship Service on 0800 015 0400. Be sure before you sign anything and remember: anything that sounds too good to be true usually is!

How to find an apprenticeship

You could start with a simple Google search. “Apprenticeship in [subject] + [your city]” should bring up some good results to start with. But the best database of apprenticeship opportunities is the government’s Find An Apprenticeship website.
Remember to leave plenty of time to get your application in before the deadline!

Have you had an apprenticeship success story? We’d love to hear from you, so tweet us at @YEUK2012 and let us know.

Leadership Through Sport and Business (LTSB) 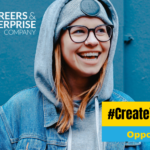 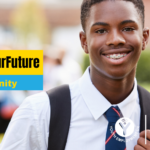 You can apply if you’re: Eligible to work in England Unemployed and have little or no work experience Aged 16 […] 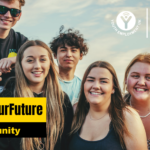 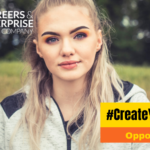