Home » Articles & News » How to Quit a Job Gracefully 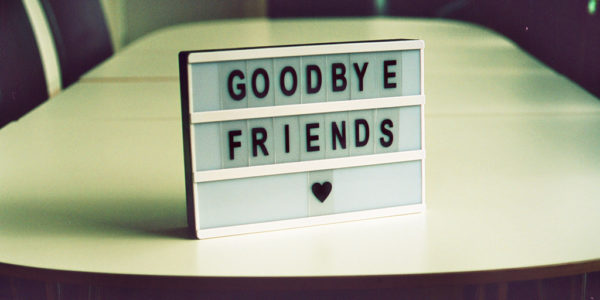 How you quit a job says a lot about you. When you don’t have much experience yet, you can make some mistakes that will come back to haunt you! Here’s how to quit a job with style, grace and good things to put on your CV.

When I was in my very early twenties, straight out of university, I worked in a job that made me deeply unhappy. It was a terrible fit for my personality, skills and interests, and I had taken it only because I’d applied for over 200 jobs over the course of about six months and received exactly one offer. (The arts graduate job market in 2012 was… something.)

I was in that job for about nine months, in the end, before I found something that suited me much more. However, I made a pretty significant mistake. Once I’d handed in my one-month notice, I sort of… checked out. I just did not care any more. I slacked off and did the minimum I could possibly get away with.

After a week or two of this, I got a stern talking to from my manager about how to leave a job professionally. I was mortified – as I am now, thinking back on it with the benefit of much more knowledge and experience! I quickly adjusted my behaviour for my last few weeks. Mercifully, my manager seemed to understand that I was very young and had changed my behaviour when I was called out on it.I still walked away with a reference and this unprofessional blip hasn’t done any lasting damage.

What a lot of people don’t realise is that your attitude when quitting a job says an awful lot about you. If you do it badly enough, it can come back to haunt you!

Here’s a few things you want to be aware of when you’re leaving a job.

Handing in your resignation well

If at all possible, you should have the “I’m leaving” conversation with your direct line manager, and you should have it in person. There are some exceptions to this, of course. I once resigned directly to the head of department because my line manager and her line manager were both on holiday and I didn’t want to delay my resignation by two weeks – in circumstances like that, it’s absolutely fine. And if you work remotely most or all of the time, having the conversation on the phone is probably okay.

So what do you say?

Cut to the chase, don’t be apologetic or sound like you’re asking permission to leave, and offer your commitment to helping with the transitional period as much as you can.

“I’ve made the decision to leave [Company X] to [take up a new position at Company Y/go back to school/launch my own business/go travelling.] My contracted notice period is one month, so my last day would be [date.] Obviously I’ll do everything I can in the meantime to make the transition as smooth as possible, including training my successor if they’re recruited before then.”

Any good manager will be understanding, supportive and give you the help you need to make everything as easy as possible.

Tell your coworkers as soon as you can . Don’t let the rumour mill do the work for you!

Different companies will have different protocols on this, or ways of handling it.

At the last job I left, the protocol was for the departing employee (or occasionally their line manager) to speak to immediate colleagues in person and then send an all-staff email explaining that they were leaving and when their last day would be.

In other companies, any staff departures will be announced in all-team meetings, by HR, or informally by the person leaving as and when they get the chance to speak to people.

If in doubt, ask your boss: “what’s the system for letting the team know?”

Should you tell your employer why you’re leaving?

My answer to this question is a nuanced “sometimes.” Don’t be tempted to lie – but don’t necessarily tell the entire, unvarnished truth either!

“You don’t pay me enough and I’m bored” is probably not a great note to go out on. But you could frame it as “I’m really ready to be stretched a bit more in my work, and I couldn’t pass up the opportunity to move into a position with more responsibility.”

It’s okay if a job didn’t work out for you. It’s okay if you’ve decided you want to go in a different direction. You don’t have to pretend you’re devastated to be leaving if you’re not, but you also probably shouldn’t adopt an attitude of “good riddance, I hate this place!” either.

Some companies have exit interviews, where they ask you about your reasons for leaving. Many people (myself included) see these as broadly a waste of time. But if you are asked to do one, try to tread the line between tact and complete honesty.

Work your notice in good faith

Don’t make the mistake I told you about at the start of this piece!

Don’t hand in your notice and immediately mentally check out of your current job.

Notice periods exist for a reason, and that reason is because it would be disruptive to most companies to lose someone without warning. They’re paying you to be there during your notice period, so they expect you to work.

Of course, the scope of your work might change. There might be a shift in focus to wrapping up projects, handing things over to colleagues, or even training your replacement if someone is hired in time.

Look to your boss for guidance on how they want you to handle your notice period. Whatever you do, don’t start slacking off just because you know you’re leaving.

It’s really obvious, it doesn’t make you look good, and it might just come back to haunt you when you need a good reference.

Don’t be tempted to do something petty or sabotaging on your way out!

We’ve all read those “hilarious” stories on the internet about people who have left snarky notes, locked people out of the user accounts, slammed the company on social media, stolen office equipment or even, in one memorable case, deleted the President’s Twitter account (!) when departing from a job.

Don’t be tempted to go down this route – please! At best, you make yourself look petty and vindictive, which will impact on any future reference you might need. At worst, especially in the case of stealing equipment or tampering with IT systems, you risk landing yourself in legal trouble. Just don’t do it. It’s not worth it. Even if the job was truly awful, comfort yourself by retaining some degree of the moral high ground.

People often get very stressed about resigning from a job. They think their boss will be angry, disappointed or take it personally. But the reality is that people leave jobs all the time, and for all sorts of reasons!

A manager who gets angry at you for resigning is a bad manager. A manager who treats you poorly during your notice period because you’re leaving is a terrible manager. However, most people understand that work isn’t personal – it’s work!

Follow the steps in this piece and you should find that quitting with grace is easier than you think – and you’ll be able to go on to your next adventure with your head high and, hopefully, a glowing reference. 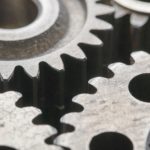 What’s the programme? Keen to kickstart your career as a software engineer but not sure where to start? By joining the 6 […] 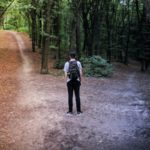 Youth Employment UK has teamed up with education and skills expert, Tom Richmond, to breakdown the UK apprenticeship system and […] 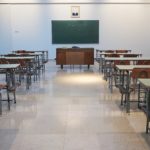 A-level results in England were released today, and students were graded on exams they did not sit after months of […] 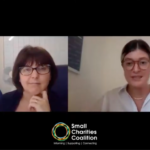