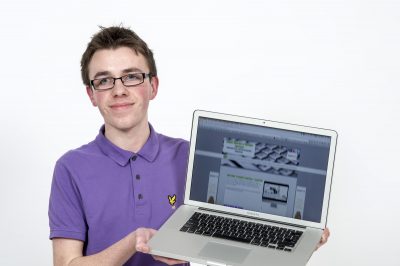 I was delighted to attend the Youth Employment UK APPG Meeting on Wednesday 20th April. Here’s a brief summary of what was discussed during the meeting:

At the start of the meeting, Chloe Smith MP presented attendees with the latest headline figures for April 2016, this is usually how a typical YEUK APPG Meeting begins. The figures for youth unemployment are slowly improving – just 13.7% of 16-24 year olds are currently unemployed in the UK, that is down from 16.1% last year. There is still a long way to go before we beat the record of 11.6% in 2011, though if the figures keep improving then we can’t be too far away.

“The Atmosphere was Fantastic…”

There were three main speakers present at the April 2016 Youth Employment APPG including Nadhim Zahawi – advisor to Prime Minister, Paul Warner from AELP and Baroness Jean Corston. The topic of the APPG was apprenticeships and progressing through vocational learning into employment. Lots of issues were discussed and the atmosphere in the committee room was fantastic, with an equal amount of input from the main speakers and from the attendees who were listening in on what the speakers had to say.

Nadhim Zahawi stated that there is currently a much greater promotion of apprenticeships and other related programmes. However, there is still a lot to do due to some young people feeling like it’s difficult for them to apply for apprenticeships. As a result of this, they feel like they are unable to enter the world of work due to feeling excluded.

Personally, I feel that it would be better if the application process for apprenticeships and other vocational schemes was simplified by a UCAS style system, rather than each employer having a slightly different application form. This point was also raised by another attendee during the meeting and Nadhim Zahawi made everyone aware that a system like this is currently being designed.

Baroness Jean Corston highlighted that some apprentices are often left with a programme that is too short for them to gain any valuable experience. For example, a 6-week or 12-week programme where apprentices are left in a role which isn’t always necessarily related to the field in which they wish to gain experience and where the time-scale of the programme isn’t long enough for it to be credible on a CV.

Again, this is unacceptable – I believe that there should be a minimum amount of weeks that an apprenticeship should last for, and employers should experience regular audits by the relevant authorities to check that their apprentices are happy in their position.

Towards the end of the meeting, Paul Warner from AELP spoke in great detail about a study titled ‘Routes into Work – It’s Alright for Some’ carried out by Pearson and AELP. The project stressed the fact that the options and challenges for a young person involved in finding employment or an apprenticeship scheme makes looking for a position a difficult task.

From October to December 2015, there were 853,000 young people aged from 16 to 24 in the UK who were not in education, employment or training (NEET). This represents an increase of 5,000 from July to September 2015 and down 110,000 (-1.4%) from a year earlier. This shows that young people need to be presented with a wider variety of apprenticeships and training schemes so that we can decrease the number of young people not in education, employment or training.

I think that the study carried out by Pearson and AELP will help employers to start making changes in the near future. However, if educational institutions keep failing to promote vocational schemes and apprenticeships on the same level that they promote higher education, there will be no reason for employers to offer a wider variety of options to young people looking to get into work as many young people won’t be aware of the choices available to them.

The next Youth Employment APPG is on 17th May, it would be great to see you there.

Harvey is a Youth Ambassador with YEUK and has attended various events, as well as writing articles to speak out on behalf of YEUK. Follow the link if you’d like to find out more about our Ambassador Programme.

To find out more about the APPG for Youth Employment and when the next one is taking place, please visit the link.