Afsana is an Assistant Manager who has travelled all over the world (New York, California, Dubai, Morocco…) and has worked with Youth-friendly Employer McDonald’s for six years. This is her story. What’s yours? 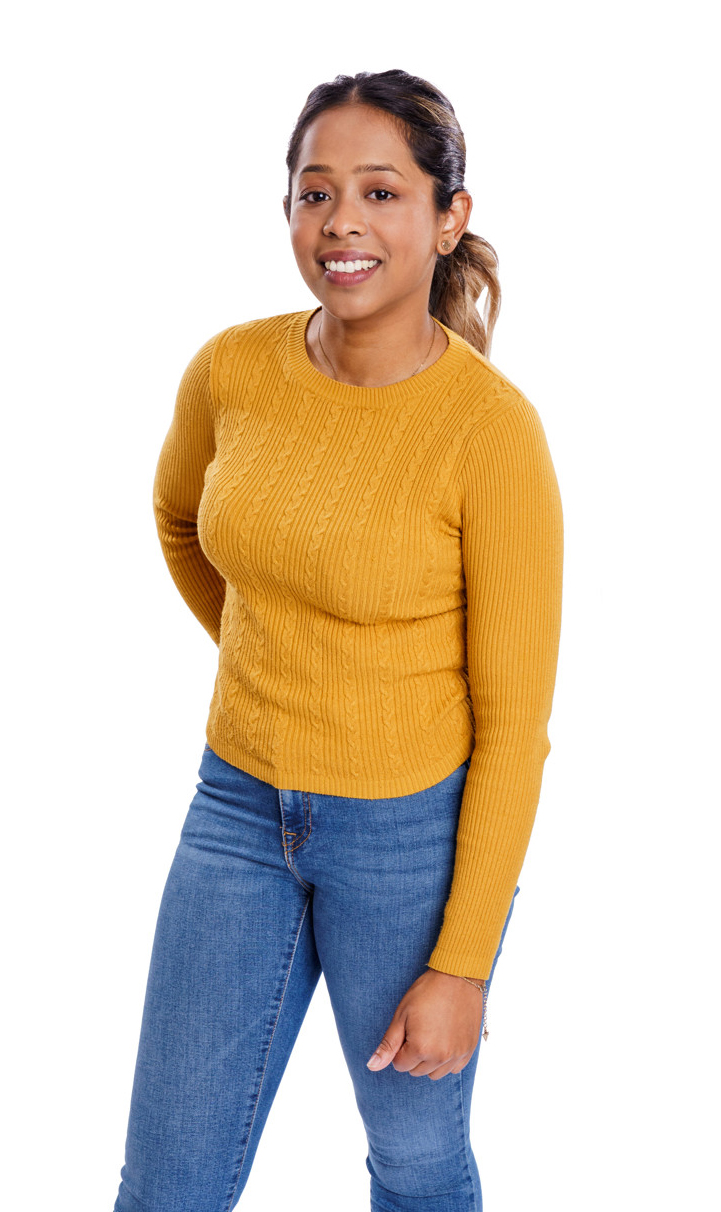 Why did you start at McDonald’s?

I started working at McDonald’s because it was part time. I knew that it was flexible. I was still studying in school so it was the most suitable job for me at that time.

I stayed in McDonald’s because of the people, the team that I was working around. I made a lot of good friends even when I was part time. I’m still friends with them now six years later.

What inspires you about working with McDonald’s?

I’m inspired by the opportunities that McDonald’s gives us. I was able to be in a Manager role at a really young age which isn’t really normal for young people, and then also I was lucky enough to be chosen for the Degree Apprenticeship which is another opportunity that McDonald’s gave me.

How does McDonald’s support you in your work?

McDonald’s supports you in terms of your training. There’s never expectation but they train you to exceed what you expected of yourself. I didn’t think I was going to move up so much, but I was around a really good team who were always training me and supporting me, and now I’ve exceeded what I thought I could be and I’ve moved up.

I have made really good lifelong friends in McDonald’s over the past few years and we always like to go out. We have loads of parties – mid year parties, Christmas parties, New Year party, every weekend there’s a party.

My favourite thing about working in McDonalds is the variety of people that you see. You work with 16 year olds, 50 year olds, 35 year olds, mums, dads, brothers, sisters; it’s like one big family.

When I’m working in McDonalds it’s like a big family so you have your mum, your dad that you’re scared of and you don’t want to do anything wrong in front of them, you have your brothers and your sisters that you get to mess about with but you get your chores done by the end of the day. You have people that are younger than you so it could be your other family members, your cousins who you just play with, but you still get the job done. So it’s just like being in a big house.

Also, one of the perks of working in McDonalds is the flexible schedule which I got to benefit from when I was in sixth form and in college, so I could still study and work, and earn money. Now, even though I’m doing the degree apprenticeship, when it comes to like assignments they give you time off, they understand that you are a little bit stressed out so the workload at work reduces a little bit which wouldn’t happen in a normal job.

What skills do you use at McDonald’s?

The most-used skill in my role is communication. It’s not always about sending emails and sending formal messages. Sometimes it’s about having informal chats with someone just to understand what’s going on in the restaurant, how they feel.

In the restaurant we work as a team. We achieve as a team. We fail as a team. So, we always reinforce that idea that we are a team, that my win is your win, when you lose I lose as well. So, it’s always reinforcing that thing of ‘you’re a team’ so you never feel like an insider even as a part time crew member.

Do you feel like you can be yourself at McDonald’s?

McDonald’s is all about being you. So you need to bring a little bit of your character to the restaurant that you’re working in, to the team, and just make it unique.