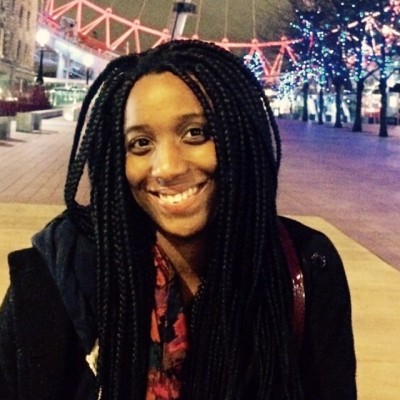 Here is Youth Ambassador Michelle’s response to the comments and BBC article around what David Cameron said about race bias in universities. To read the original article click here. Below is her response:

The stats have always shown that there is inequality in our education system not only by race but by class as well and you can’t talk about one without mentioning the other. The fact is we are moving further and further into a world where a child’s chances in life are decided before they are even born because of factors beyond their control such as skin colour, family wealth and circumstances.

Cameron identifies the problem correctly but we cannot truly tackle this issue unless we look into the causes. Forcing English universities to disclose the numbers of ethnic minority children they admit is a step in the right direction but I don’t believe it is a long-term solution. The real question is why do so few black kids and other ethnic minorities get admitted into top universities and the answer lies in mitigating factors such as access to good schooling, wealth and family life.

The fact is that going to a good secondary school is pivotal to a young person’s success. I had the privilege to go to a private school and I have seen the benefits of that throughout my life and it was nothing of my own doing the fact that my parents could afford to send me to one. The stats show that private schooling makes a big difference for example only 7% of the UK were privately educated yet 71% are judges and 33% MP’s what does this tell us? That we are moving towards a society based on hierarchy class and wealth.

To make matters worse there seems to be unintentional segregation in the country where you have areas which are mostly populated by a specific race only. Let’s take London for example the most dangerous borough is Peckham which is one of the poorest areas with bad schools and lots of crime. There is a link between the area you live in and your likeliness to progress into higher education or crime. Cameron points out the injustice of black children being more likely to be imprisoned than their white counterparts and this definitely ties into class, wealth and lack of opportunity which make certain people more likely to delve into crime in the first place.

Quotas are a controversial solution but may be a necessary one. We must consider the long term effects of one black person from a poor background being given the chance to liberate themselves and achieve their true potential by education. That person will be empowered to change their lives and their family’s lives as well as their communities. It is a domino effect the benefits are endless. Wealth inequality is getting worse in the UK the rich just keep on getting richer and I think there should be quotas not only based on race but on wealth as well, money should not be a barrier to education. Circumstances beyond our control should not hinder our success.

To conclude I cannot end this article without pointing out the hypocrisy of David Cameron seemingly caring about young black children’s education and chances at university whilst leaving fees to be outrageously high. The biggest barrier to all our education are the monstrous fees that a lot of us stand no chance of paying back. Education isn’t a joke it has the power to liberate the poor and change the world and it shouldn’t be exclusive to only the rich. Cameron is taking a step in the right direction and I hope that soon we will stop talking about racial bias, discrimination and wealth inequality and actually start doing something about it.