The government announced earlier this year its plans to change the way apprenticeships would be funded, bringing in a new system where employers would have to pay a mandatory cash contribution (Link to latest update).

The reforms come after the Doug Richard review on the future of apprenticeships and Skills Minister Matthew Hancock MP backs the move to empower employers to have more involvement in the way apprenticeship training and delivery is funded.

The reforms have received more than mixed feedback as organisations such as Apprenticeships4England and AELP rally to get their networks represented in talks with the Minister and his policy team.

There is a growing fear that the reforms may put off smaller employers from taking on an apprentice and if that is the case then a further look at how the reforms are going to apply and how they can work for all businesses should be supported.

Youth Employment UK sees one of its major priorities as removing barriers employers may have to support young people including taking on apprentices or trainees.  In its bid to see the UK become Youth Friendly YEUK is calling on its members to respond to the Apprenticeship4England survey to ensure that a wide scope of organisation are consulted and these views share with the key policy makers.  The Apprenticeship4England survey can be found here – https://www.surveymonkey.com/s/66BWT75 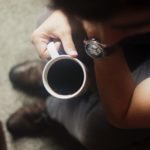 One in three struggling with mental health

New research from CV-Library shows that 32.5% of Brits have struggled with their mental health in the past three months; […] 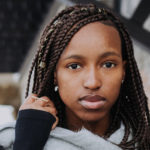 Youth Voice: The Real Impact of Coronavirus on Students

Gertrude is one of our volunteer Youth Ambassadors. She discusses the challenges Coronavirus has placed on students from her insider’s […]