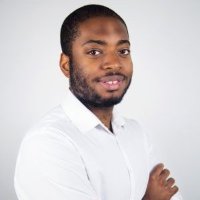 I had the pleasure of attending the Pearson Hot Breakfast event on behalf of YEUK and the event gave me a unique opportunity to speak from the point of view of a former apprentice who had been through the apprenticeship program in its first initial stages of implementation and  who is now working on the other side of the table promoting Apprenticeships to young people.

The day was introduced by the President of Pearson Education Rod Bristow to highlight the reasoning behind the report being commissioned in which was to investigate what constitutes world-class standards in apprenticeships and how other countries have interpreted the term ‘world class’ to develop their own unique apprenticeship scheme.

The introduction to the layout of the event was conducted by event organiser Steve Besley. Steve highlighted the 5 key themes of the report the audience and panel should address which were:

The report in its 48-page entirety is informative, enlightening and draws on the differences of an apprenticeship from the angles of 7 different countries including; Austria, Denmark, Germany, Holland, Norway and South Korea. Dr Ruth Mieschbuehler from the university of Derby who wrote the report and was the first of the panel members to speak, highlighted she didn’t want to talk too much about what’s in the report because of its extensive detail and wanted to give attendees the opportunity to soak up the report in its entirety in their own time. One thing she did highlight and question was; Will the targeted Government increase in apprenticeship numbers result in any compromise on standards?

I was up second and no matter how much you prepare your speech in advance, or psych yourself up for the moment, when the host calls your name to speak you will always get that feeling of ‘Are you talking to me??’ and the realisation kicks in that the host is in fact talking to you and your time to speak has come.

I discussed my starting point in the apprenticeship arena in which I did a Level 2 Business Administration apprenticeship working in a small digital marketing company of our two staff who were both directors of the company. I spoke of how, when I first did my apprenticeship, there were no regulations, no standards and virtually no frameworks to follow as apprenticeships were just coming into the fold and how they have gained structure and clarity over the last 5 years.

Speaking after me was Lucy Frazer – MP for South East Cambridgeshire to discuss what the government are doing to introduce larger companies to the levy and the effort to spread the word to smaller businesses who apprenticeship information sometimes fails to reach. Fourth in line was Pippa Morgan – Head of Education and Skills, CBI who spoke about the employer perspective of apprenticeships from the ground up.

Dr Adam Marshall, Director General, of the British Chambers of Commerce was last to speak and his speech was candid to say the least! The Chambers are in direct liaison with employers across London and it’s the Chambers’ responsibility to offer advice and guidance to businesses on policies, issues and the latest news that might effect on them. Adam highlighted the disproportionate amount of quality candidates available for employers who are open to the idea of taking on an apprentice, however don’t feel that their skillset will be up to workplace standards – not due to their own fault but due to a schooling system and information, advice and guidance which fails to fully prepare young people for the world of work.

The constant changes in school provisions, policy changes and reports which seem to keep the powers that be who administer these policy changes employed but make it difficult for employers to adjust to is a key issue which he hopes (along with the chambers) will be stamped out to allow employers to have faith in a system which they know will be in place for many years to come. Adam highlighted the issue of implementation and the amount of time it takes for employers to be fully on board with any change in employment law and the fact it can take employers three to five years to come to terms with employment law changes.

In conclusion, The Apprenticeship report produced by Pearson sheds much needed light on the status of Apprenticeships in England and the variety of approaches to apprenticeships which different countries take to ensure its successful completion. The room was in full agreement that the new apprenticeship standards coming into effect in April 2017 will bring a much needed standardised, nationally recognised level of achievement for young people taking up an Apprenticeship.

For me, it was a privilege to be amongst so many key and influential people, from employers to policymakers and government officials.

The event gave me an insight into the positive steps the UK has already taken to better improve the apprenticeship experience for young people, from introducing standards to ensuring that employers have a clear a duty of care to young people in the workplace.

With young people involved in the discussions to make apprenticeships better, the experience can only be improved.

If you’d like to have opportunities to attend events like this and speak on behalf of young people, visit our Ambassador page for more information. 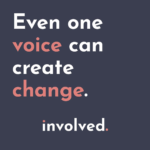 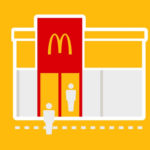