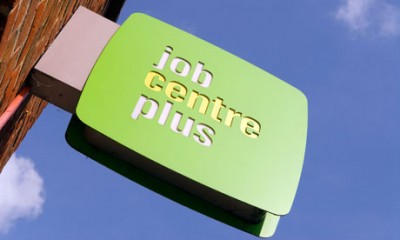 Labour Market Stats at a Glance:

It is imperative that we get better more localised data from the Government about where these young people are so that the organisations who support young people can better target their provision, the funding must then follow that data. The All-Party Parliamentary Group will shortly be producing a report which will be sent to DWP and the Minister for Employment Damian Hinds MP calling for improvements to the information available.” Laura-Jane Rawlings, CEO, Youth Employment UK

The latest labour market figures published on 14 December are the third consecutive monthly set of disappointing figures. It is clear that the UK labour market is now slowing.

Rather increasing numbers of people are withdrawing from the labour market into economic inactivity. The number of people of working age (16-64 years) who are economically inactive has risen by around 100,000 in the last two months. It is concerning that unemployment is falling not because of an improving labour market but because people are withdrawing from the labour market. With continuing uncertainty over how the UK will exit the EU, it is unlikely that we will see a pick up in hiring by employers any time soon. As we approach the end of the year, the unfortunate prospect for 2017 looks likely to be one of rising worklessness and at best modest employment growth.”

The small rise in the claimant count takes account of normal seasonal effects but adjusted figures are not published for local areas. The actual number of claimants, nationally, fell by 7,200 in the month to November, compared to the adjusted rise of 2,400. Therefore, it should not be surprising that figures for local areas will show falls compared to the national picture.

The proportion of people leaving the claimant count (or the ‘leavers rate’) has risen. At 17%, it is still well below the level in early 2015 of 20.7%. The number of new claims has fallen. Jobseeker’s Allowance off-flow rates for JSA claimants of short durations increased. Off-flow rates remain at historically high levels.

The number of young people who are neither in employment nor in full-time education is now clearly rising. Over the last five months this has risen by 26,000 from a low of 1.014 million to 1.039 million. This rise has entirely been in those counted as inactive. The percentage of young people engaged in full-time education is almost the same as then (February to April 2016).

The proportion of unemployed young people (not counting students) who are not claiming Jobseeker’s Allowance and therefore are not receiving official help with job search is now 56.6%.

A total of 68,000 were counted as in employment while on ‘government employment and training programmes’, where the Office for National Statistics continues to count Work Programme (etc.) participants as ‘in employment’ by default. This number fell 12,000 this quarter. Self-employment fell 2,000 this quarter. Employee numbers fell 6,000 in the quarter. Involuntary part-time employment rose this quarter by 5,000 to 1.2 million, 13.8% of all part-time workers. The proportion remains nearly double that in 2004 (7.4%).

The full e-briefing and all related charts are available via Learning and Work Institute.