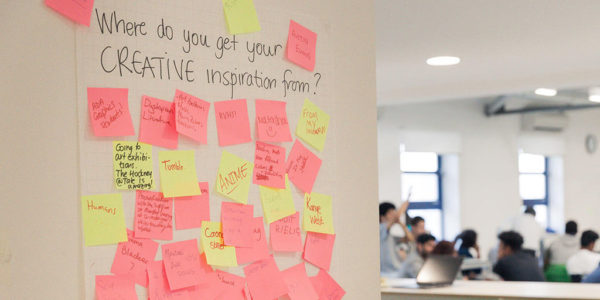 To celebrate Ada Lovelace Day, Ada, The National College for Digital Skills is hosting its first Wikipedia Edit-a-thon on 9th October 2019. You can join in, whatever your technical level!

Acting as the London hub for a Global Edit-a-thon, Ada are working with partners in the UK and beyond to help eradicate the gender bias on the world’s largest encyclopaedia.

On 9 October they will be joining a global movement to change representation on Wikipedia. You can register to join at the Whitechapel campus from 10-4 or join remotely from anywhere in the world.

If you want to join in Find the Wiki How To Guide Here. Please read as soon as possible to make sure you are able to edit with us on 9 October.

What is Ada Lovelace Day?

Held on the second Tuesday of October, Ada Lovelace Day pays homage to the National College of Digital Skills’ namesake, Ada Lovelace. A 19th Century Countess, mathematician and writer, Ada is known for her brilliant mind and, through her work on and nterpretation of Charles Babbage’s ‘Analytic Engine’, is considered to be one of the first computer programmers. Ada’s education in science, maths, and logic mixed with her creative imagination meant that she foresaw the potential of computers well ahead of her time. On Ada Lovelace Day, people not only celebrate Ada herself, but all the women who participate in Science, Technology, Engineering, or Maths (STEM), and to encourage girls to pursue futures in STEM.

What is the Wikipedia Gender Bias?

Only 17% of the biographies on the English language Wikipedia are of women. There are many reasons for this including a lack of credible sources available to write women’s stories and the lack of female editors. Only 9% of those editing the English language Wikipedia identify as female, and this is cited as the reason for not just the lack of female biographies, but also the language used to describe women themselves (often overstating their family and relationship history and understating their professional achievements). Wikipedia is one of the loudest voices when it comes to encouraging the uptake of female editors and raising awareness of the bias itself, actively promoting edit-a-thons to combat the prevalent gender bias.

What is an edit-a-thon?

An edit-a-thon is an event where people (especially women) collaborate to edit Wikipedia. This might mean improving pages that already exist, by making the language more gender-neutral, the content more credible, and the information more extensive. It might also mean creating brand new pages for women whose biographies, or specific work achievements, are not covered on Wikipedia.

So, what are you waiting for? Let’s get editing!